“This was the process by which two lives were disentangled, eventually the dread and discomfort would fade and be replaced by unbroken indifference, I would see him in the street by chance, and it would be like seeing an old photograph of yourself: you recognize the image but are unable to remember quite what it was to be that person.”

A mesmerizing, psychologically taut novel about a marriage’s end and the secrets we all carry.

A young woman has agreed with her faithless husband: it’s time for them to separate. For the moment it’s a private matter, a secret between the two of them. As she begins her new life, she gets word that Christopher has gone missing in a remote region in the rugged south of Greece; she reluctantly agrees to go and search for him, still keeping their split to herself. In her heart, she’s not even sure if she wants to find him. Adrift in the wild landscape, she traces the disintegration of their relationship, and discovers she understands less than she thought about the man she used to love.

A Separation by Katie Kitamura is an honest portrayal of a marriage gone wrong. It explores the different types of relationships we get married into, and not just with the one we exchange our vows with. It’s a hypnotizing meditation on grief, death, betrayal and infidelity with a dash of commentary on travel and tourism.

“A tourist – almost by definition a person immersed in prejudice, whose interest was circumscribed, who admired the weathered faced and rustic manners of the local inhabitants, a perspective entirely contemptible but nonetheless difficult to avoid. I would have irritated myself in their position. By my presence alone, I reduced their home to a backdrop for my leisure, it became picturesque, quaint, charming, words on the back of a postcard or a brochure.”

On seeing other reviews I am quite surprised that a number of readers found it boring or uneventful. Yes, it is a rather quiet novel. But for me that makes the emotional punches even more effective. It effectively describes sadness and how we can be selfless even in our grief. How in our everyday lives we still take into consideration other people’s feelings even during our most personal struggles.

“People were capable of living their lives in a state of permanent disappointment, there were plenty of people who did not marry the person they hoped to marry, much less live the life they hoped to live, other people invented new dreams to replace the old ones, finding fresh reasons for discontent.”

The work is highly intelligent and emotionally mature, and I love how Katie Kitamura brought me to an escape that was also a confrontation, and how she always goes back to the self and to the understanding of human behavior. The characters are so real I can feel like I really got to know them while reading this short novel. I am so impressed by her skillful creation of every scene–they are all cinematic in a way that still stays grounded in reality.

“Every romance requires a backdrop and an audience, even – or perhaps especially – the genuine ones, romance is not something that a couple can be expected to conjure by themselves, you and another, the two of you together, not jut once but again and again, love in general is fortified by its context, nourished by the gaze of others.”

This is definitely not something I would recommend to just anyone. If you are currently looking for plot-driven reads then maybe this is not for you. But if you want to immerse yourself in a character-driven story full of eloquence and insight, then you can’t miss this one.

“I was reminded of how abrupt and unnatural death always is, at least as we experience it: always an interruption, always things that are left unfinished.” 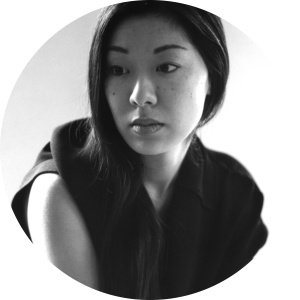 Katie Kitamura is the author of Gone to the Forest (2012) and The Longshot (2009), both finalists for the New York Public Library’s Young Lions Fiction Award. Gone to the Forest was named a best book of the year by the San Francisco Chronicle, Financial Times, Times Literary Supplement, and New Yorker online.

The recipient of a Lannan Foundation fellowship, Katie has written for publications including The New York Times, The Guardian, Wired, BOMB, and is a regular contributor to Frieze. 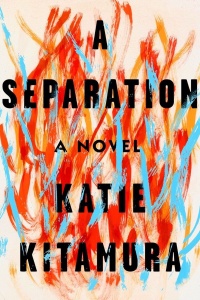 A Separation by Katie Kitamura

5 thoughts on “Book Review: Soulful “A Separation” by Katie Kitamura”

Leave a Reply to La La in the Library Cancel reply

★ BAD FRUIT ★⁣
❀ NOVEMBER BOOK NOTES ❀ ⁣
NOVEMBER READS RATED: ⁣⁣⁣
We try to do things differently but we always end up with books >> ramen >> pretzels 📚🍜🥨⁣
Only a few books have ever attempted to explore what it means to be a woman in all its forms and functions and succeed in the way that Mieko Kawakami did in Breasts and Eggs. This was an intense meditation on womanhood, motherhood and reproduction ⚠️TW child abuse, sexual harassment, commentaries on pregnancy and infertility ⁣
The husband and I have been enjoying Guillermo del Toro's Cabinet of Curiosities on Netflix so I asked him to unearth his copy of Necronomicon for me 🖤 ⁣
My Tweets